Central Library closed until 1/31 due to air quality issues. Library on the Go van will visit local parks during the closure. Read more here.

Miss Sara Plummer established the City's first library on State Street in 1871. When Miss Plummer married and left the city, the library was sold to the Odd Fellows and moved to their lodge at State and Haley Streets. The library became public and free when the Odd Fellows donated their collection of about 2,000 volumes to the City after the enactment of the California Municipal Library Law by the State Legislature in 1880.

As both the library and the city of Santa Barbara continued to grow, the library moved several times over the following decades. In 1892, a new building was constructed at 14 East Carrillo Street, and was later remodeled in 1908. 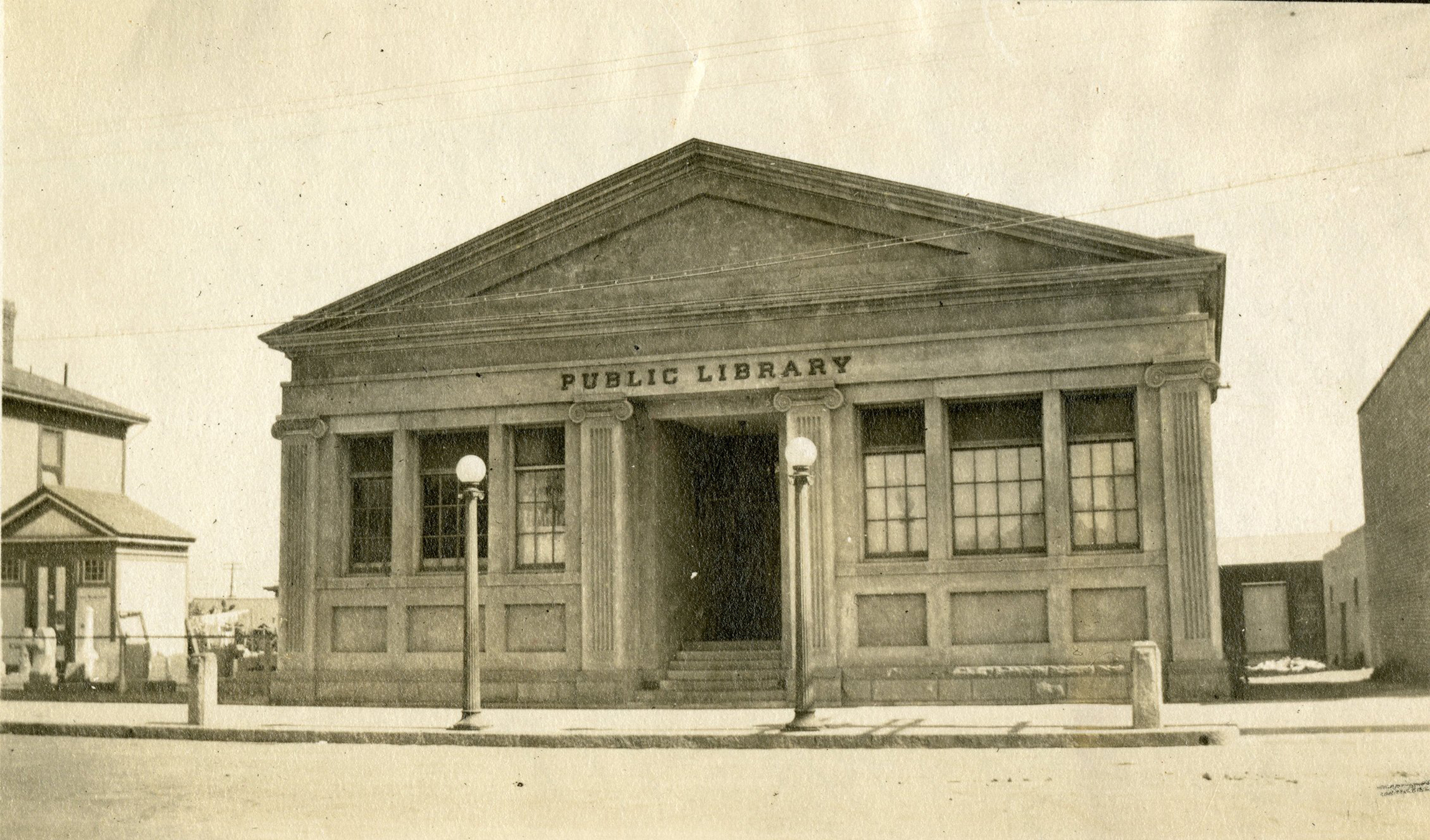 With the aid of a grant from the Carnegie Foundation, the City broke ground on a new library at Anapamu and Anacapa Streets in September 1916. The building was designed by Pittsburgh architect Henry Hornbostel, with revised plans by local architect Francis Wilson. The Central Library opened to the public in August 1917. 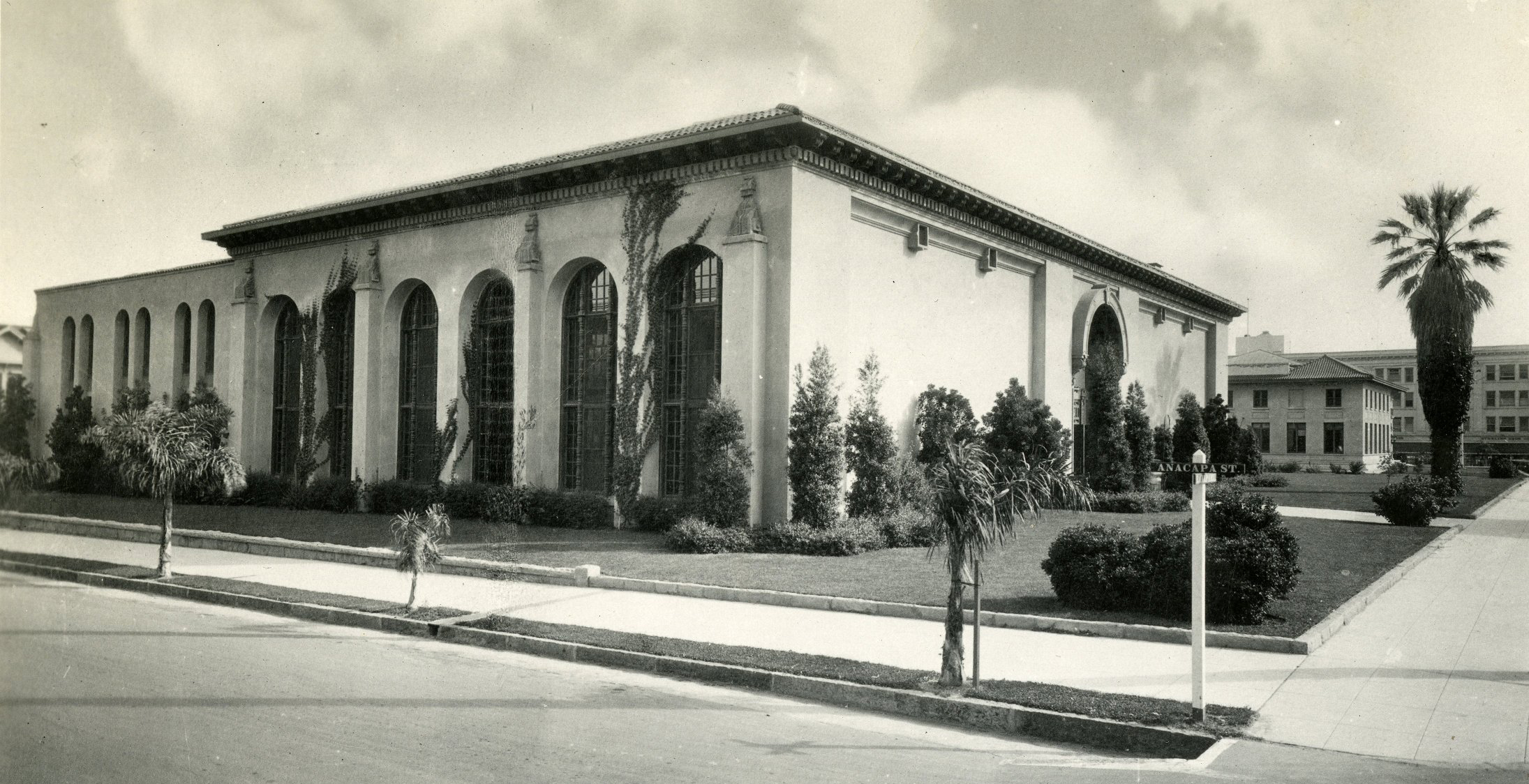 On June 29, 1925, the library sustained major damage in an earthquake. The Library's west wall collapsed, as did a portion of the east wall. Fortunately, the structure was deemed salvageable and reconstruction efforts were set underway led by architect Carleton Winslow. The Central Library reopened in the fall of 1926.

The Faulkner Memorial Art Gallery, designed by architect Myron Hunt, and built with the assistance of funds donated by Mary Faulkner Gould and land donated by Clarence Black, was completed in October 1930. It was named in the memory of Mary’s sisters, the Misses Emily, Abby, and Ann Faulkner. 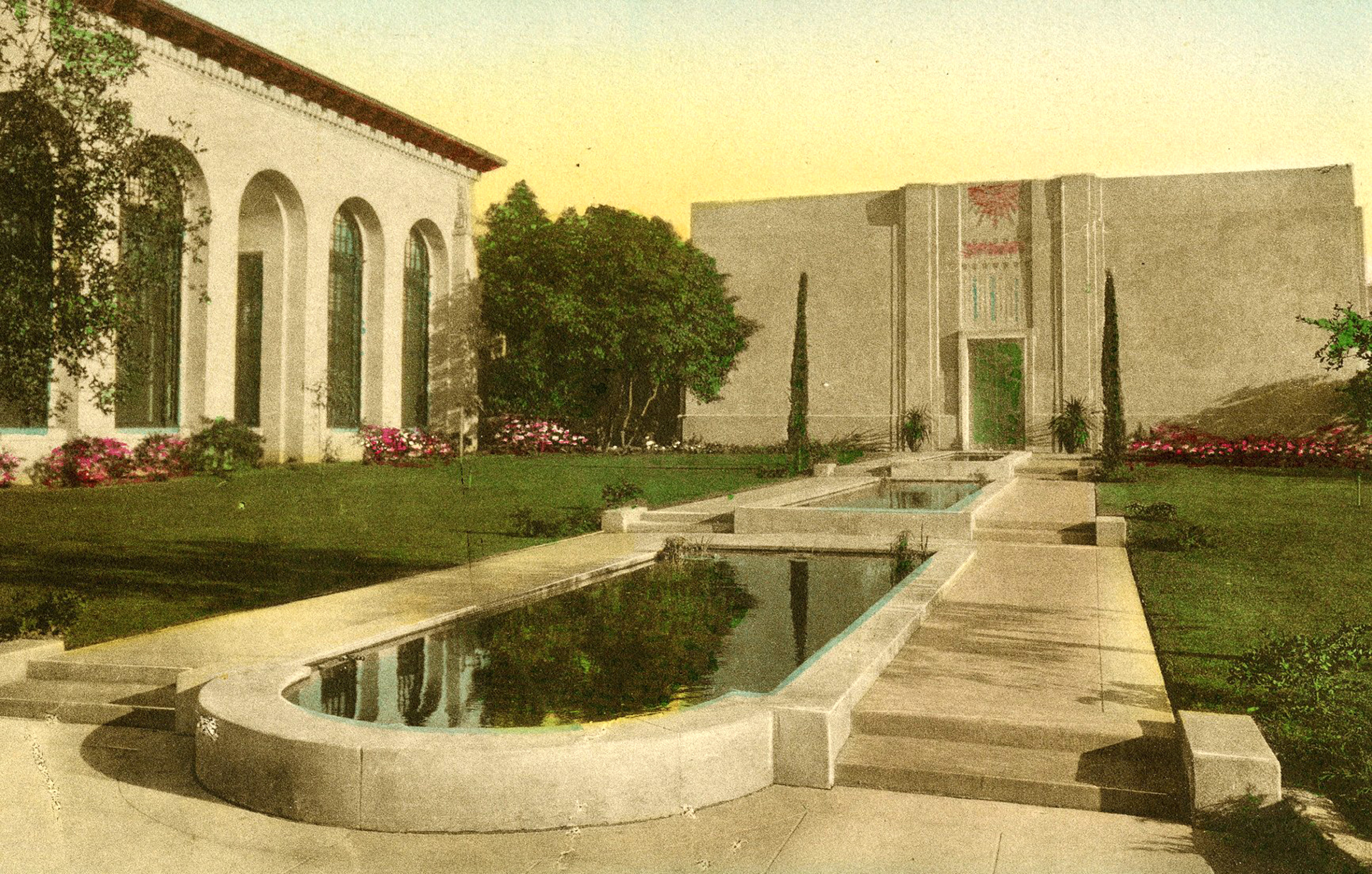 Through the early 20th century the Santa Barbara Public Library not only served the community of Santa Barbara, but the State of California. In 1910 Santa Barbara county was the first to organize a county library system under the newly-enacted California County Free Library Law. The Library had been serving remote communities, construction camps (like at Gibraltar Dam), and oil leases by service of traveling libraries. The first stations in Santa Barbara County were located in: Carpinteria, Summerland, Montecito, Goleta, Naples, Santa Ynez, Los Alamos, Los Olivos, Lompoc, Betteravia, Orcutt, Pinal, and Santa Maria.

The Santa Barbara Public Library Archives are housed at UCSB's Davidson Library Special Research Collections. A finding guide to the collection can be found here:

Over the years, the Central Library has undergone a number of building renovations, including a major remodel completed by Jerry A. Zimmer (1980) and the new Children’s Library Project (2015), which expanded the Children’s Library from 1,500 to over 6,000 square feet. The Michael Towbes Library Plaza, the library’s most recent capital project, will create over 10,000 square feet of programmable space between the Library and the Museum of Art, anchoring the Central Library as the heart of Santa Barbara’s Cultural Arts District (coming 2023). 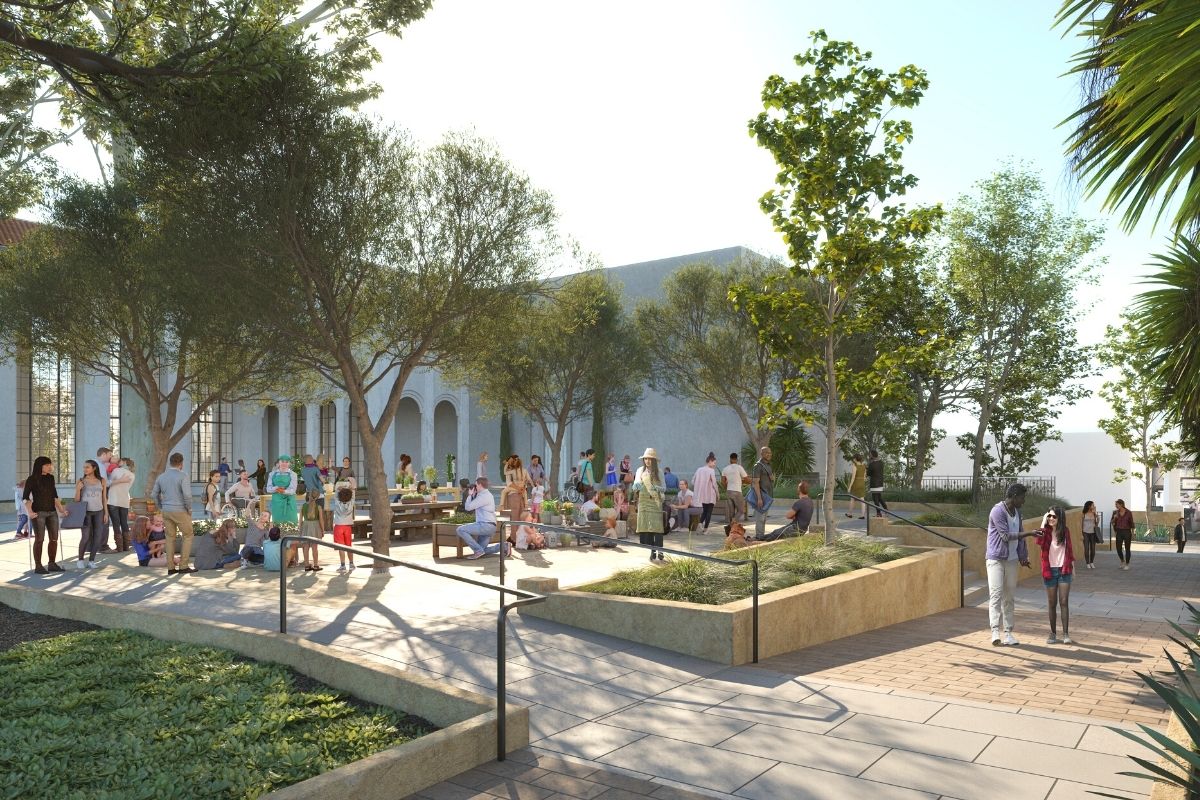